You can tag the failed tests with failure types tags. Tagging helps provide a historical record of why tests failed to identify trends and provide insights that aid process improvement.

Tagging a test failure from the test result screen

You can tag the failed test, add a description, and link it to a previously reported issue or create a new issue for it. If you want to publish new issues to your bug/issue tracking system, you will have to first configure the connection between Testim and your issue tracking system (a.k.a Bug Tracker). To learn more, see Bug Tracker Settings.

To add a test failure tag: 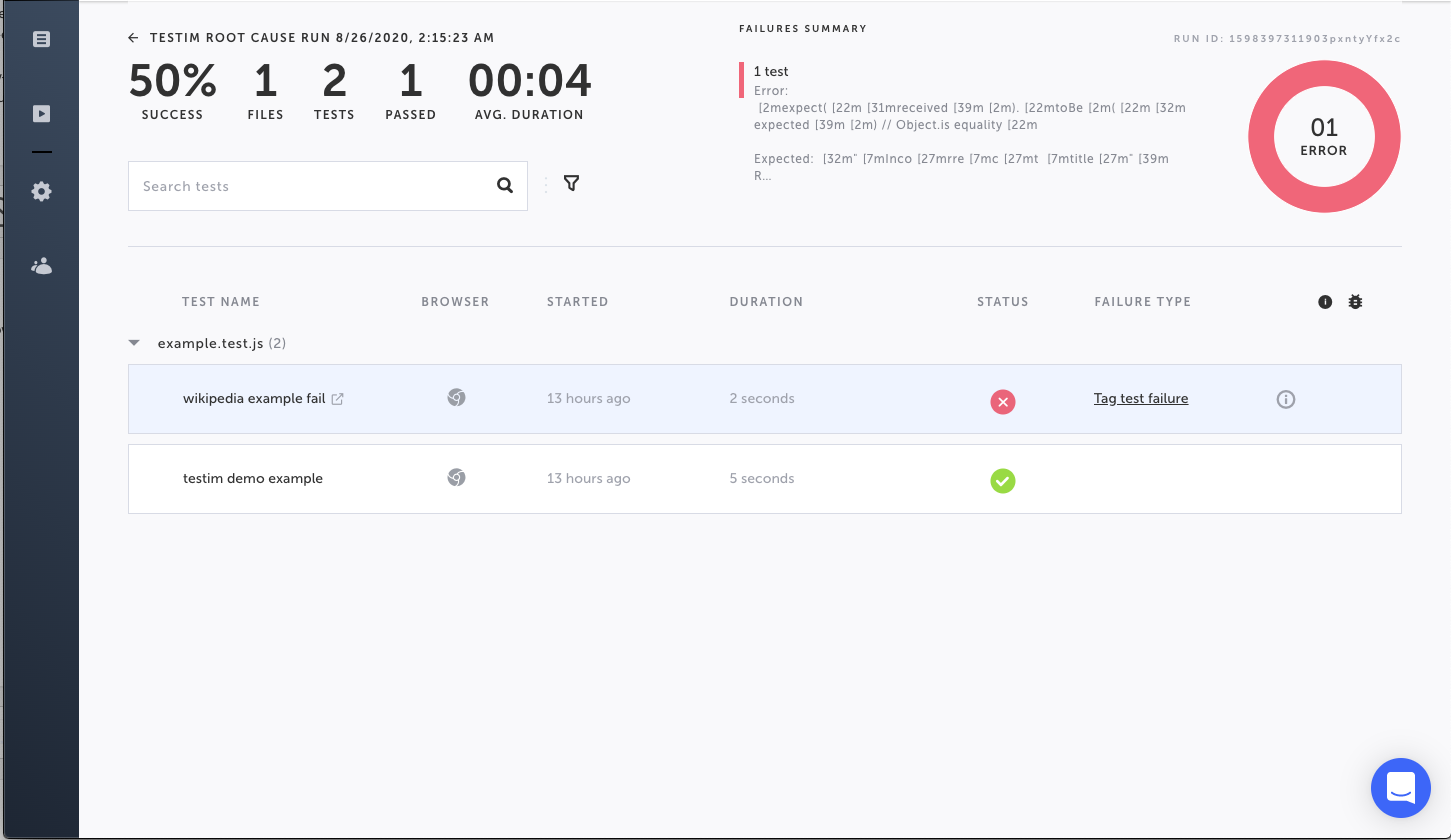 The following dialog is displayed: 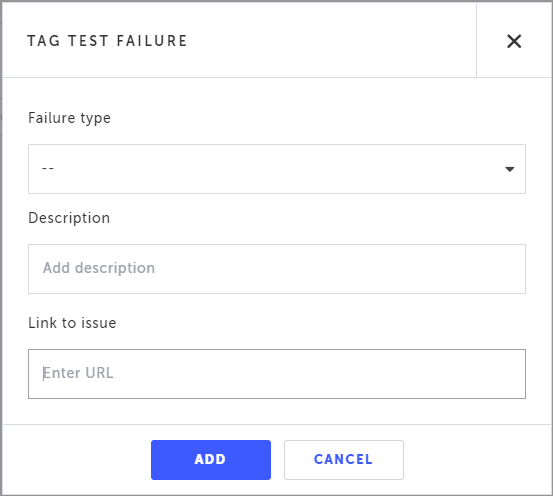 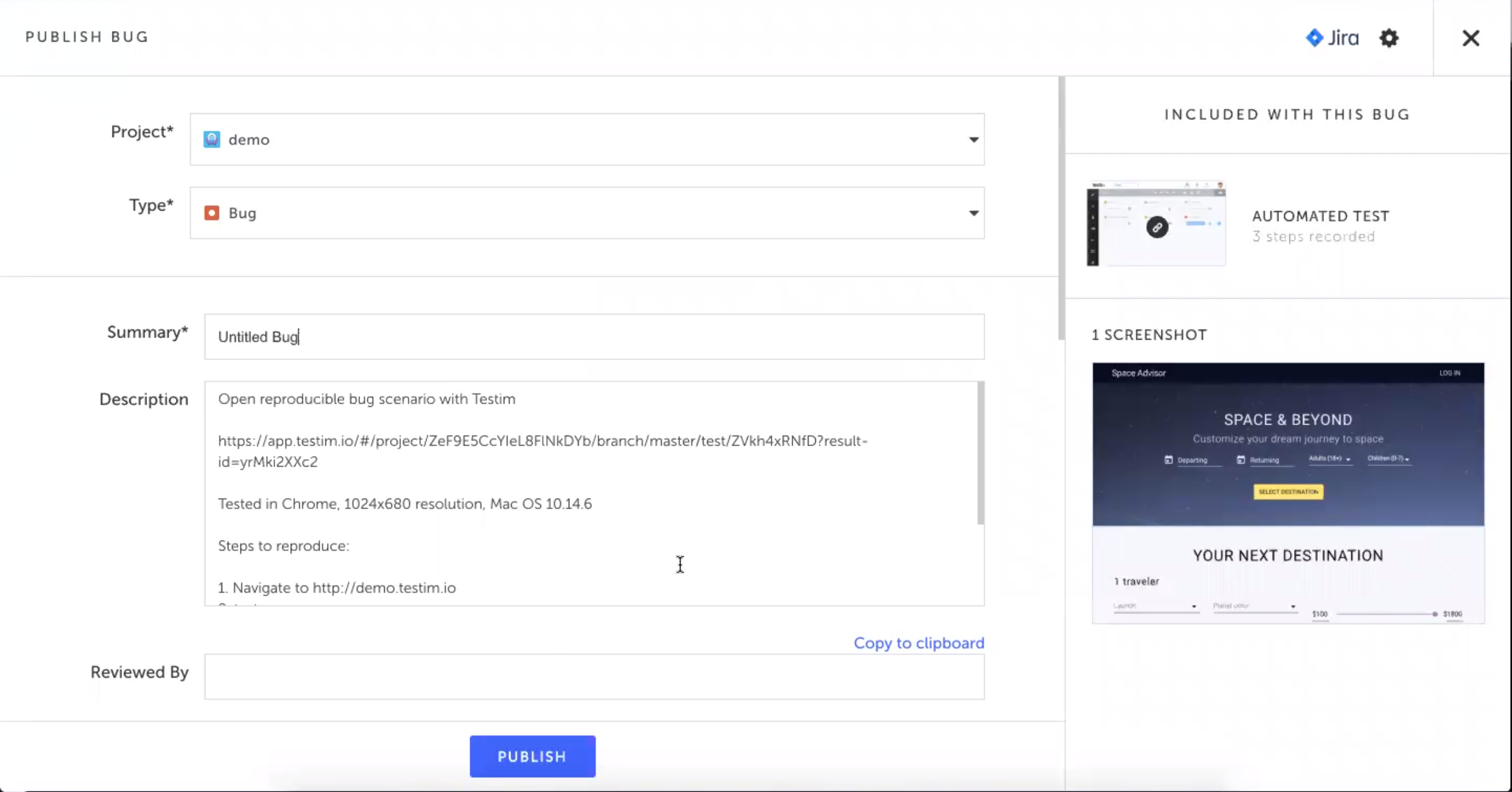 In the Summary field, fill in a descriptive summary. You can modify the Project and Type selection and edit the suggested texts. When finished, click Publish to publish the issue.
The Link to issue field will include the URL of the newly created issue or the existing issue. 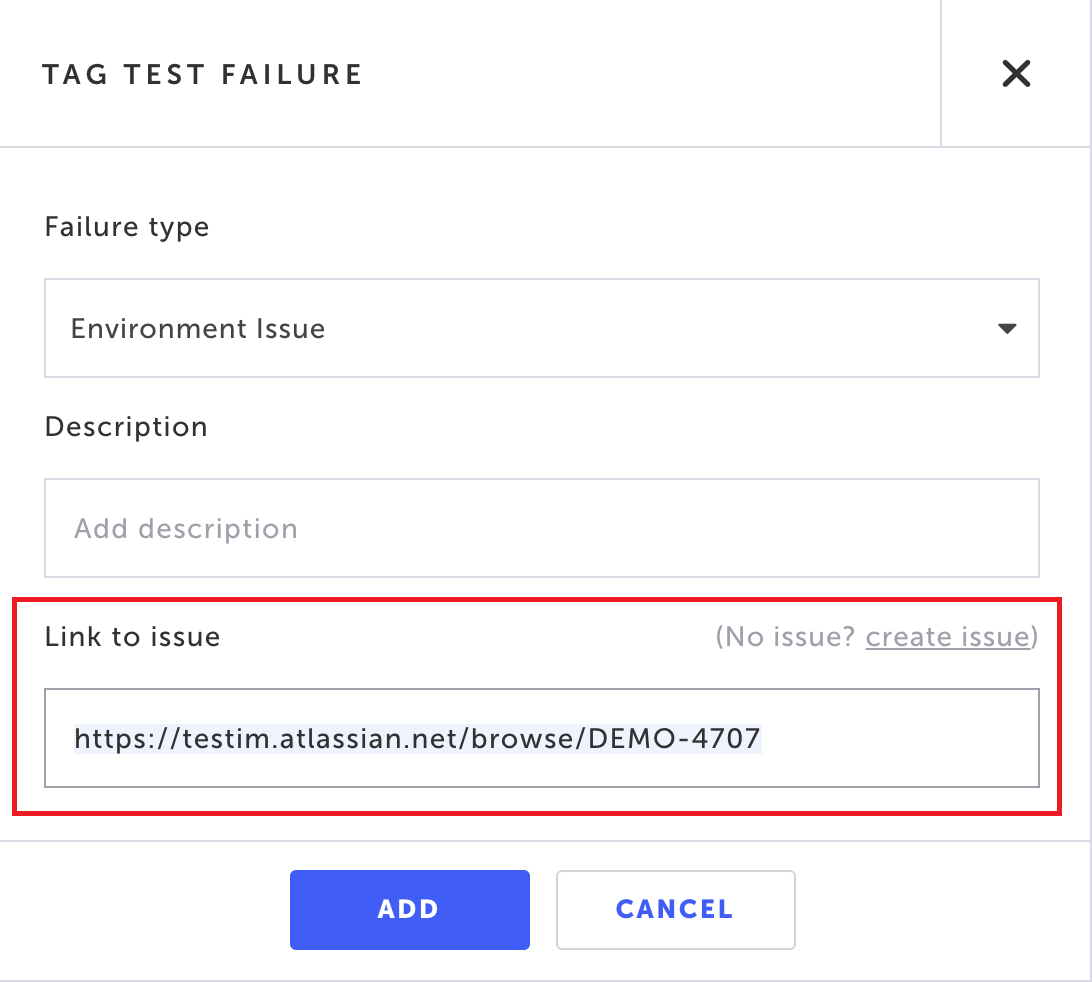 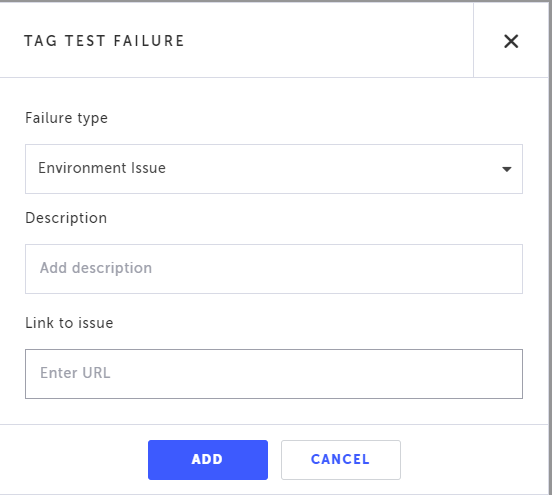 To tag multiple tests on the Test Runs screen:

The following dialog is displayed: 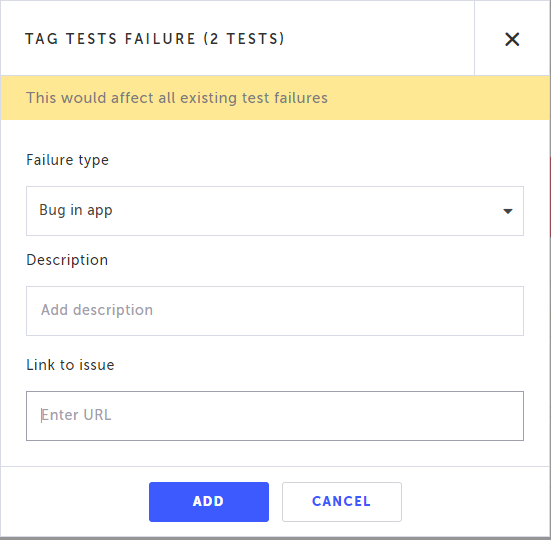 After tagging multiple failed tests, if Testim recognizes a reoccurring issue, it will suggest a failure tag based on your previous selections. The suggested failure tag appears at the failure type column.

To use the suggested failure tag from the Test Runs screen:

You can view statistics about failures by failure type in the reports view. As you build up data about your failures, you can identify trends, helping you target remediation or process improvement.
To view failure report: 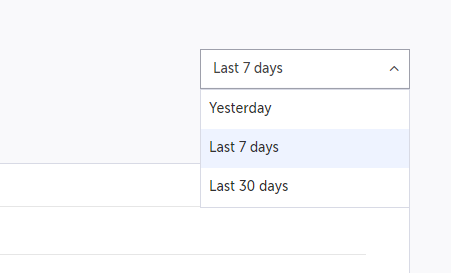 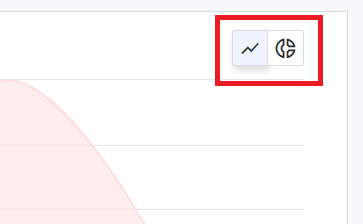 The donut chart displays the distribution of failure types by tag. Each tag includes the occurrence percentage out of the total number of runs and its percentage in the previous period. Clicking the failure tag takes you to the Test Runs screen, while listing all the runs that were tagged with this type.

The line graph displays the number of occurrences of each type of failure throughout the specified period of time. Each tag is color coded according to the legend on the left. You can hover your mouse to see additional info.

Updated over 2 years ago